A suggested goal of teaching

Teaching Revisited The following question came up in a conversation: Is learning to ride a bike the same kind of learning as learning the quadratic formula. A distinction made was that learning to ride a bike is learning a motor skill while learning the quadratic formula is learning a mental skill. But motor skills are handled in the brain so they are mental skills as well. I find much in common between learning music, learning how to shoot a basket, learning calculus, learning anything. Learning is learning.> And once you learn something, you don't forget it, like when you've learned to ride a bicycle. That's how you can tell if you have really learned something; you don't forget it The brain directs the muscles in performing a motor skill. When a person first learns a skill they memorize how to do it and the person is mentally and consciously involved in performing the skill. After the skill has been learned the brain skips the consciousness and communicates with the muscles directly. Sometimes the brain communicates with consciousness when it solves a problem. Sometimes the brain tells the finger what note to play and the brain listens via the ears. A musician learns music and can pick up any instrument and play it. Maybe not as a virtuoso but they can play it. The musician has consolidated music into one instance.
A mathematician learns mathematics and sees what mathematics is all about. Then she can learn any chunk of mathematics. The mathematician has consolidated mathematics into one instance. When I am teaching max-min problems I see it as working the same problem over and over. I have consolidated max-min problems into one instance. The student has consolidated nothing and everything I put on the blackboard is new. They don't see one instance, they see a jillion instances. They are flooded with instances. A teacher should remember this. I don't remember how to do max-min problems, I just know how to do them. Like a musician doesn't memorize a song, he just knows it. I watched Sa Chen, the young Chinese pianist, play the piano on TV and I thought, "There is no way to memorize what she is doing." The whole sonata was one instance to her. It's more than that because she knows a lot of sonatas and other stuff too. The piano is part of one instance of music. I am considering extreme cases of consolidation and why extreme cases occur is a mystery to me. I don't know where Mozart and Gauss came from. But most people can consolidate something to some degree. A guy drove me right to the Harley-Davidson shop in Kansas City, Kansas and he had only been there once two years previous. He told me it was just something he could do. He could find his way back to any place he had ever been.
I think people have consolidations that they can only realize every so often. Every once in a while a song is consolidated and is played without thinking. You shoot a basketball and you just know you are doing everything right and it's going in the hoop. And it does. It isn't that consolidations aren't there somewhere inside us; the problem is in the extraction. A friend, Chris Barrett, pointed out this idea of consolidation to me. He defined God as that entity that reduced the universe to one instance. Anyway, we need to teach consolidating. I think, however, that changing the way things are taught would be a Harry Sheldon project. (Foundation and Second Foundation by Azimov)
Posted by Jeff at 2:05 PM 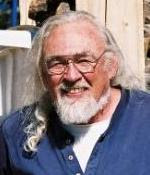